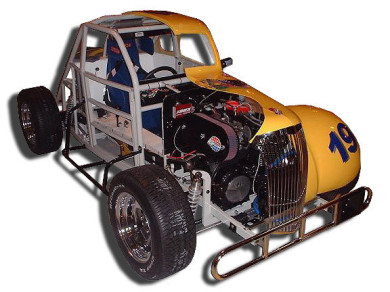 These are purpose built race cars that are hand made by the US Legend Cars racing factory in Charlotte, North Carolina. The cars can run on asphalt or dirt and can be found racing around the world.  Drivers range in age beginning at age 12.  There are divisions for every age and since the car stays in the same between division, it is only the driver that changes. 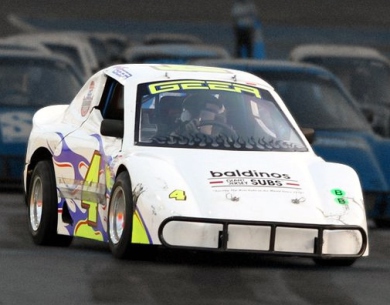 Using the same magic formula that made the Legends Cars the most mass-produced competition car in history, officials of USLCI have introduced the Bandolero Car. The Bandolero Car is a turnkey, spec-series racer designed for drivers as young as eight years old and the young-at-heart at any age.

The Bandolero Car serves as a stepping stone between a 1/4 Midget or kart and a race car that is simple for everybody to use. The driver operates a Bandolero in a similar manner to a kart with left foot braking. The car is equipped with a centrifugal clutch so the driver does not have to shift gears.

The Bandolero Car's motivation is provided by a thumping Briggs & Stratton 570cc Vanguard engine mounted behind the driver. Small modifications have been made to the engine to bring the once 20HP stock engine to nearly 30HP.