Jacomotorsports Racing is a family owned and operated Legends Car
racing team based in Sarasota, Florida.  The Jacomotorsports team consists of
Paul and Annie Ingram; their son Jack; and their daughter Claire.  In 2009, Paul
began racing at Auburndale Speedway with the Legends Cars of Florida.

The Jacomotorsports Racing team began in 2008 with the donation of a
rusty dirty Legends chassis and the purchase of a race car body.  In 14 months
time we were able to take those pieces and transform them into a sleek racing
machine!  One could say that we constructed our number 84 race car from the
ground up.  Building it like a big Lego creation, one block at a time.  In order
to accomplish this, the Jacomotorsports Racing Team relied heavily on teamwork
and family, and believes that the bonds of family and the friendships forged at
the track are what make this sport truly special.

Fast forward to July of 2014.  We officially welcomed a new driver to our Jaco team.  Jack, age 9, has offically purchased a "new" Bandolero race car.  Although it began as a pink girlie car, through some hard work by the Jaco pit crew it is has became a car that is more inline with Jack's personality. 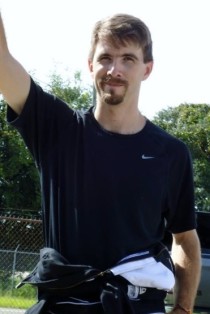 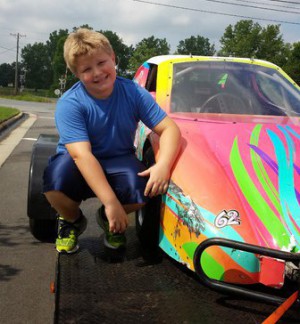